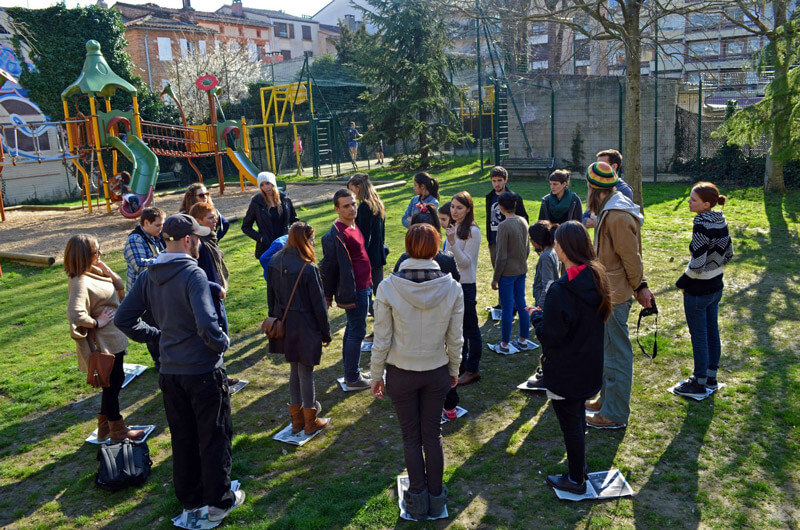 Five Centrifuge members have had the pleasure to participate in a youth exchange titled “Dance for change” aims to raise awareness about the stereotypes and prejudices based on ethnicity differences present among people in Europe, also putting an accent on the underestimation of urban artists and street arts.  During this project, youngsters from France, Macedonia, Croatia, and Serbia had the opportunity to participate in specially designed and lead workshops which enabled them to explore their own prejudice and stereotypes, openly discuss them and try to resolve them. Street art connected young people with different backgrounds and served as an excellent base for intercultural cooperation.

During the 7 days which they spent in Toulouse, 20 young Europeans among whom were Centrifuge members explored various aspects of street art through non formal education and peer learning. A special element of this exchange was a break-dance battle among the best dancers in the world – the « Trophée Masters » which traditionally takes place every year in Toulouse. This year the event was aided by this project’s participants who volunteered to help organize the event.  The project ended with a small interactive performance for the locals which was made by the participants with the idea to show what they had learnt in the previous week, but also to offer the citizens of Toulouse the space to express themselves through artistic performances, thus giving their contribution to the creation of the street art scene in their community.